Tyler Trappy The Next Big Thing From Florida

DaeJon Links Up With SlidelikeR!ch ” Summer 21′ “ 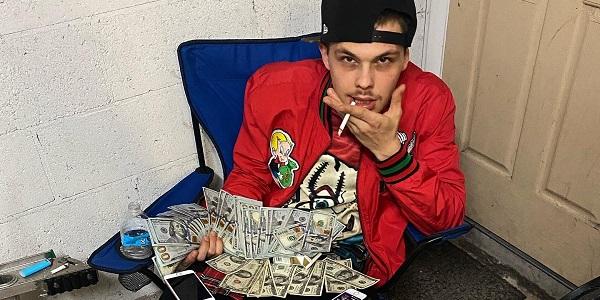 Tyler Trappy The Next Big Thing From Florida

Tyler Trappy is a very talented upcoming rapper talent coming up out of Orlando, Florida. The Florida rapper Tyler Trappy has been making moves across the nation and globally with songs like “Mr. Magoo, & “Dogged Out”. Trappy, born Christian Wood shows emotion with his lyrics as he paints vivid HD images with his words. Tyler Trappy is starting to pick up traction as a music artist & has been making waves everywhere online. The question who Tyler Trappy is becoming a lot clearer as he continues to attack the year with songs his fans cannot resist such as Head Honcho, & Handsome. Trappy has made it clear that he is here to stay and is hustling relentlessly to obtain all his goals. Tyler Trappy is new to the rap scene but has had a loyal following by posting great high-quality content to his social media over the years. Threw doing this his fans and supporters consistently come to his lives and shows support. At times, Trappy has hundreds of people in his lives supporting him and he goes live with his fans and shows love. This shows that Tyler Trappy is not only a great consistent music artist but also shows his human side and that he has a big heart for his fans and supporters. This is respectable and commendable for a music artist to conduct themselves in this manner.

We had the opportunity to email Tyler Trappy some questions for an interview and learn a little more about the young enthusiastic Florida rapper.

Where are you from?

How old are you?

When did you start making music?

How serious are you about your career?

Have you ever thought about quitting music?

Who inspires you the most?

What got you into making music?

Who is your favorite producer?

What is one of your best songs/beats?

“Tyler Trappy – Slide Thru” has done the most views out of any song I’ve ever made so far.

Who would you most likely collaborate with?

If you could open for any artist, who would it be?

What’s next for you?

Being the next big thing!

Tyler Trappy does not play games when it comes to music and his career. Trappy stays focus on music and obtaining his goals. Trappy has received millions of views online and has been featured on some of the top music publications including the infamous, World Star Hip Hop, This Is 50, Gen Z Hip Hop, This Is 50, The Hype Magazine, Hip Hop Since 1987, Aaron Reflex, Hip Hop Weekly, Billboard Hip Hop, & many more. Trappy has obtained the attention or famous rapper Kodak Black and has been making many waves in the music industry. We suggest you connect with Tyler Trappy today and check out his music.