THC MAC Explodes on the Rap Game with a New Unique Southern Style!

Restlezz Is Working On His 11th Project

Amanda Grace is the Hottest Artist in the 507!

Tha Wave is the Hottest Artist Popping in the 757!

Mac grew up down south in the state of Mississippi. Growing up around hard times, violence, drug dealing as well as pimping. Being involved in the streets since a young age, being locked up and losing multiple people close to him Mac realized his gift in music was the way to move forward and live a different life. He started writing his own songs at the age of thirteen and began recording songs at 15.
Being from down south Mac was influenced by down south music. Music coming out of Atlanta, Mississippi, even New Orleans. Listening to artists like Yo Gotti, 36 Mafia, Playa Fly and Gangsta Black as well as Tupac helped Mac master his craft in mixing multiple styles to create his own becoming a versatile artist.
In 2017, Mac met the brothers in his group THC “The Hustle Crew.” Current members include GMoney and Crizstyle Black. Through trials and tribulations they kept pushing. Together they created 3 albums.
With his background in the streets many of Mac’s songs tell the true story of what he has lived and been through. Telling his story has been a way to relieve stress and cope with situations in his life, as well as hoping to help other people see there is another path as well as having the strength to overcome hardships.
October 18th 2020 is when it all fell apart. Mac was robbed at gunpoint and shot twice. Struggling with rehabilitation and mental health issues he struggled to create music. Nevertheless he kept pushing. In 2021 Mac decided to start doing his music solo to create his first solo album. March 7th, 2021, Mac had a major setback. He appeared on the news and was accused of multiple charges including attempted capital murder. A charge he is still currently fighting.
While Mac was incarcerated for seven months he had plenty of time to concentrate on getting back to his music. When Mac made his $350,000 bond he went straight to the studio and started working. Weeks later Mac appeared and performed at the Memphis Hip Hop Awards. He has continued to travel from state to state spreading his music. Appearing in the studio in front of Shawn Barron, the man that founded Drake. While working on his album and spreading his music he appeared on the local Memphis talk show “The Monee Phillips Show.” In the first ever Little Rock Hip Hop Awards Show Mac was awarded “The Most Slept on Rap Artist of the Year” by Rico Owens and Cherry Tru, currently GloRilla’s road manager. After that Mac started shooting and releasing videos for his upcoming album “The Streets Voice Vol. 1.”
“Hit Tha Gas On Em” Video Link
Instagram Link
Facebook Link
Attachments area
Preview YouTube video (THC) The Hustle Crew presents: THC Mac – Hit the gas 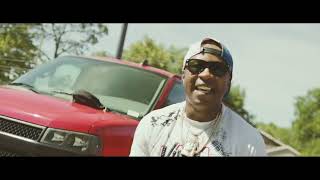